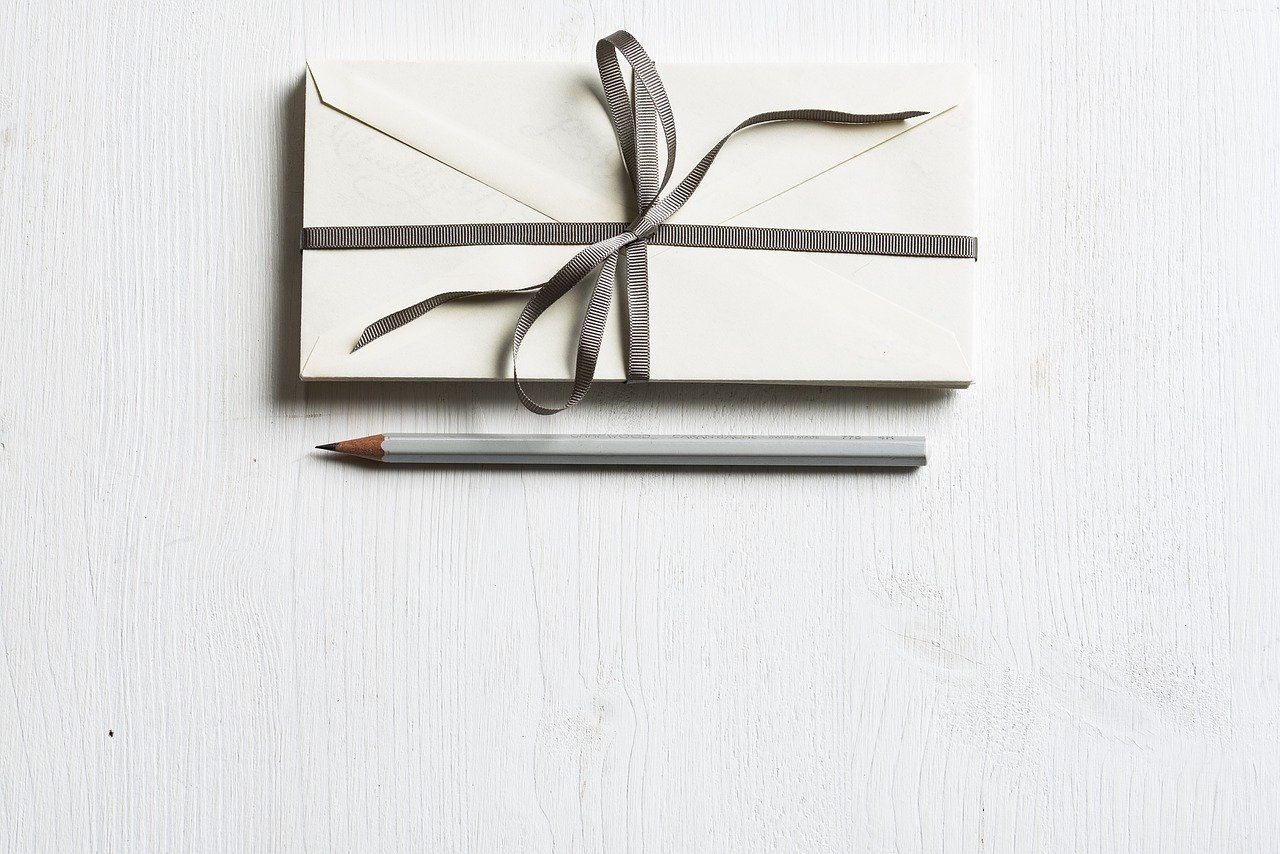 Write down the names and addresses of all your guests.

Before you put pen to paper that is expensive but beautiful, do a head count.

Take time to check this information so that you don’t make spelling mistakes, which can bother you when you have lots of other plans to worry about.

Invite families and couples together.

Any married and unmarried couple can be put in the same envelope if you want to invite them both. If you try not to invite the new partner of a friend you are ambivalent about, you may have an awkward moment. Children under 18 can be approached with the same invitation as their parents.

Children over 18 are usually better to send a separate invitation.

If they live with their parents, you can include them all in one invitation.

Similarly, siblings or other people who live together but are not in a relationship can be invited together. However, you may find individual invitations a more thoughtful gesture. It’s up to you.

Individual invitations are for your guests who are not included in any other invitations. These are for people who are not in a relationship and do not live together with another guest. You can also invite a single person as a couple or family, but be prepared for any drama that may arise over those who feel left out. Single invitees can also be given the guest option to make up for it.

The guest option is used to invite someone you don’t know well, such as a new partner your friend is dating.

Give your guests appropriate titles.

Celebrating your guest’s professional titles, such as doctor, military and judge, is a respectful and classy approach. If that’s not relevant, you’ll need to address people through Mr. and Mrs. Mister is used for all males 18 years of age or older. Mrs. is used for married women or divorced and widowed women. Miss is used for single women and girls under the age of 18. It’s a little complicated, so taking care of it before you start writing can be a big relief.

Ms. – address is for everyone. It is suitable for unmarried women over the age of 30, and any time you are not sure what title to use.

For doctors, you must spell the word “doctor.” Other doctors get the abbreviation “Doctor,” which replaces Mr. and other prefixes.

Refer to judges such as “The Honorable Renly Baratheon,” and to the military such as “Lieutenant Loras Tyrell, U.S. Army.”

Write whole names in the center of the envelope.

That’s right, the recipient’s name is in a prominent place on the front of the envelope. Make your guest feel special. After all, you are choosing them to participate in the important event of your life. Leave space below for guests with different last names, as well as the sender’s address.

Say the words in full as often as possible.

Guest names are given as the only abbreviations you will use are such as Mr., Mrs., Jr. and Dr. Other words, such as “and,” are also usually spelled for formality. You will also have a strong cramp in your hand. As long as you are consistent, you can get away with shortening and to “&.” No one will call you out on it.

Include a guest option for pluses.

A common reference to your dear but unmarried friend is “Miss Clara Oswald.” If you are only going to invite her, you can leave it at that. Most people bring guests, and you need to show that this is welcome. Write, “Miss Clara Oswald and guest.” The word “guest” is always in lower case. At least you won’t be surprised when Miss Oswald shows up at your plus-size wedding.

The word “guest” is only used if you don’t know the guest’s name. If you know the name, write it under the first one. For example, write “Miss Clara Oswald,” then “Dr. John Who” under it.

You can leave “and guest” for the inner envelope. If you leave it out, the outer envelope becomes more personal.

Address married couples with the same last name together.

This is the easiest way to find out, as long as no one has a special title like Dr. Those married friends and parents you know are represented as a union, as proclaimed by their wedding vows. The correct address is “Mr. and Mrs. Harry Potter “or” Mr. Harry and Mrs. Ginny Potter. You might want to know more married couples.

The person whose last name appears on the invitation goes first, unless their partner has a professional title, such as doctor or military rank.

Write down the full names of couples who do not have the same last name.

Some people do not accept their partner’s last name. Declaring this choice or their marriage invalid will be an unpleasant start to your wedding, so take the time to write down both names. The person you are closest to goes first. For example, you are Rachel’s best friends, so you write “Mrs. Rachel Green and Mr. Ross Geller.”

When you are equally close to each person, list the names in alphabetical order.

It doesn’t matter if they live together or not. Standard etiquette is to keep names separate to distinguish them. Those rigid old standards have weakened over time, so you can combine names with the word “and,” as if you were doing it for married couples. To take no chances, separate the names, sort them alphabetically by last name, and write the names in full.

Arrange the names according to the ranking of professional titles.

The ranking is headed by gender, so if your best friend is an army colonel, a judge, or a rocket scientist, you better show her respect. The standard rating designation is “Dr. John and Mrs. Who.” If Mrs. Who is a doctor, reverse the names. If they are both doctors, you can write “Drs. John and Clara Who.” The doctor abbreviation needs to be written in full for doctors only.

Remember to follow other rules, such as denoting couples with different last names. Change it to “Dr. John Who and Dr. Clara Oswald.

Send a separate invitation to children over 18.

At age 18, children are considered adults by law, at least in the United States. The hardest part is when the friend you want to invite lives with their parents. You can include them in their parents’ invitation if you are sending one. You can also send a separate invitation to avoid confusion.

If there are several children over 18 living together, list them by seniority. For example, write “Mr. Bill Weasley. Under that, write “Mr. Charlie Weasley.

Good news! You do not need to list children under 18 on the outer envelope. You can do this by writing “Sansa and Arya” under “Mr. and Mrs. Ned Stark,” but ask yourself if it’s worth the effort.

Writing down the full last name is perfectly acceptable and thoughtful. Usually you send the invitation to your parents. Fortunately, there is a modern way to be inclusive while saving time. Write the invitation, “The Brady Family.” This means the invitation is addressed to the whole family, so your work will be short and sweet.

Write the addresses under the guests’ names on the outer envelope.

The address goes right under the guest’s name, so hopefully you’ve left enough room. The outer envelope is what the mailman sees, so the address that should be there. Write clearly and legibly so that the postal service delivers invitations to your guests on time.

Take the time to refer to your guest list for accurate delivery information. You’ll have some explaining to do if Grandma’s invitation gets lost in the mail.

Unfortunately, you can’t save time here. You must carefully write down the words you are used to abbreviating. For example, your envelope should not say AVE. State and country abbreviations look tasteless, too, so learn to spell Mississippi before you try to invite a long-lost uncle.

In cases where couples don’t live together, the address should belong to the person you know best.

Put your return address in the upper left corner.

You have a cramp in your hand, but be persistent for the good of your wedding day. Lost envelopes won’t come back to you without a return address. The upper left corner is the standard place for your full and without the abbreviations address. You can write it on the back flap to avoid pinching the front side. The stamp can also go back there to let your handwriting shine.

Printed address labels, while not as attractive as handwritten ones, are an option. This will give you more time to make important decisions, such as which icing to use for the cake (e.g., chocolate or some more chocolate).

If the invitation is returned unopened, it probably means you have the wrong address.

Only call close friends by their first names.

Mentioning names is a sign of intimacy, and they should only be done with people you know well. It’s tempting to do it with everyone, as it saves you a lot of writing, but it would be awkward for your boss, teacher, or uncle whom you’ve never met. Reserve it for good friends and other people you know by name.

For example, write “Harry and Ginny.”

Families can easily be listed like this. You could write, “Ned, Catelyn, Robb, Miss Sansa, Miss Arya, Bran, and Rickon.”

Initials are never an acceptable substitute for a name, but suffixes such as Jr. and Sr. are always appropriate.

Address most people by their last name.

For example, write “Mr. Potter and guest” or “Mr. and Mrs. Potter,” depending on the relationship.

Everyone who is not married is honored to have a line. Hey, that shouldn’t be a bad thing. It gives both names equal weight. Again, order the names by degree of fame or, for equal recognition, alphabetically.

For example, write “Miss Granger.” Under that, write “Mr. Potter.

Make a list of everyone invited to the wedding.

This is an important step if you are going to invite entire families. The inside envelope is where you should list all the names, including children under 18. If your family received an invitation that lists your parents but doesn’t mention you, you will be confused. You were not invited verbally, and it would be embarrassing if you showed up unwanted.

First, note the names of the adults, such as “Mr. and Mrs. Ned Stark.” Below that, list the children by seniority. For example, write “Robb, Miss Sansa, Miss Arya, Bran, and Rickon.”

Girls under the age of 18 are designated as “Miss.” Boys under 18 don’t get the title. How unfair!

Turn to the return envelopes.

These are the envelopes your guests need to answer them. By not giving people any excuse for not responding, you’ll at least save some of your hair when you start pulling them out because of planning this big event. Write your name, house number, street number, city, state and zip code in the center of the envelope.

To save a lot of time, purchase pre-printed envelopes. You have written enough names and addresses for one day.

What is the proper way to address wedding invitations?

Do you have to put Mr and Mrs on wedding invitations?

There is no requirement to use Mr. and Mrs. on wedding invitations, but it is often done as a sign of respect for the bride and groom’s parents. Some couples also choose to use their first names instead of Mr. and Mrs.

Traditionally, the bride’s family’s name goes first on a wedding invitation, followed by the groom’s family. If the wedding is hosted by the couple, their names appear first on the invitation.

How do you write Mr and Mrs on a wedding invitation?